Also known as a labia fat transfer, labial puff procedures give a more youthful appearance to the labia majora (the outer lips of the vaginal area).

The procedure is increasingly popular, with Paul Banwell seeing ever more clients at his London clinic. 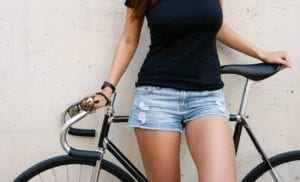 It is desired by those who want to add volume and improve contouring.

Performed by a leading surgeon such as Mr Banwell, this is a procedure that has little down time, typically it can be performed as a day patient appointment.

As with so many cosmetic procedures, the benefits extend beyond the purely aesthetic.

Labial puff surgery can improve confidence and self esteem for those who have had concerns about this part of their body.

Labial puff surgery is a specific form of fat transfer, whereby fat is taken from a graft site on the body and used to add volume to the target area.

In relative terms, only a small amount of fat is needed for this procedure. The most common donor sites are from the abdomen or the outer thigh, though other options may be considered.

A patient can also have more fat removed than is required for the labial puff surgery if this creates a desired outcome elsewhere.

It may be for instance, that the patient has some fat they wish to lose from the abdomen or outer thigh, so removing more fat might tackle this aesthetic concern, with only some of the fat then required for the labial puff procedure.

The fat, once processed, is injected into the outer labia via a microcannula.

The process is a relatively straightforward one for a qualified surgeon, but the results achieved will vary by the expertise and level of experience.

Mr Banwell, for instance, knows from experience the need to ‘over correct’ slightly as results then settle down to leave the more youthful, but still natural look that is sought.

If, however, the initial correction was too slight, the end results would be underwhelming.

The Process for Labial Puff Surgery

Paul Banwell would usually perform this procedure as a day case for his London patients, with general anaesthetic used.

There are two stages to the procedure – the grafting and processing of the fat is the initial process, the fat harvested into syringes and cleansed and prepared.

The second stage sees the insertion of the fat into the outer lips region.

Only a small amount of fat can be injected at a time, but for a process such as improving the labial puff this is not a concern.

While the process is undertaken in two stages, in truth there is an initial stage before this that is of prime importance – the consultation.

Undertaken at his Harley Street Clinic in London, Mr. Banwell undertakes detailed consultations, this a chance for you to discuss your hopes for surgery and the results you are seeking.

Mr Banwell will listen and offer the best course of action based on his skill and experience.

A prospective patient’s full medical history will be taken into consideration. If surgery is suitable, a full, detailed quote will be provided, this for you to consider at your leisure, free of any pressure.

No respected surgeon has a desire to push someone into surgery that isn’t truly in their best interest.

A fat graft operation to perform labia majora augmentation does not have a lengthy period of recovery.

A patient may require a short period off work, typically between one and seven days – naturally this will vary by the nature of a person’s employment.

Strenuous exercise should also be avoided.

Any pain can typically be managed through the use of standard, over-the-counter painkillers.

Your surgeon would provide full after care details and provide further information relating to follow-up appointments.

The Risks with Labia Majora Procedures

A labial puff procedure carried out through a top London clinic is considered a safe process.

As with any surgery, there are some risks associated, these including wound infection and problems with general anaesthetic rather than local anaesthetic.

Common, minor side effects are to have some degree of swelling and bruising, while there can also be a short-term loss of sensation in the immediate area.

Specific risks for this form of gynaecology are that the results are not even, or that they are not as visible as desired – as mentioned, this is why a surgeon such as Paul Banwell would tend towards an initial over correction, which then naturally settles down.

In a labial puff procedure it is necessary for the grafted fat to develop a new blood supply from the recipient site.

In rare cases where this fails to happen, the results would fail to last and so a repeat procedure would be required to achieve the desired results.

The likelihood of this would be discussed at a consultation.

For this form of treatment, the costs encompass the surgeon fee, anaesthetist and also the private hospital or clinic – in this case Paul Banwell’s London clinic.

At the time of writing, prices start from around £5,000. When compared to the need for repeated treatments with filler injections such as desirial, this is likely to be highly competitive.

The clinic is easy to reach – it is around a five-minute walk from Regents Park underground station and 10 minutes from Oxford Circus.

Harley Street is named after Thomas Harley, Lord Mayor of London in 1767, however it became established as a home of medical excellence from the 19th century.

Lionel Logue, the speech therapist who helped King George VI – and there basis of the film The King’s Speech – had a practice at 146 Harley Street, as did many other great names in medical disciplines.

The team at the McIndoe Surgical Centre who looked after me were very friendly and helpful. They calmed me down and put to rest any last minute concerns. I love the outcome of the surgery and would definitely recommend Mr Banwell to other people.

I was made to feel at ease with everything. Nothing was too much, lots of care and thought. Pain was very minimal. Lots of follow up care which was first class. I got exactly what I wanted, I have a lovely new look which I could not achieve on my own. If something is bothering you and you can not get to your goal there is help. I had an excellent experience.

Mr Banwell’s care of my daughter was excellent – he is a great communicator with children. The hospital staff was very helpful and efficient. The surgery is very neat with minimal scarring – I’m sure it will make a big difference to her life as she grows up.

I felt upon meeting Mr Banwell that I was really comfortable dealing with him. He put me at ease with his friendly and professional approach. My overall experience was excellent, I can’t praise it enough. Mr Banwell was so patient with all my questions, he explained everything clearly, he is so friendly as well as professional and his admin team back up his service perfectly. You all turned a daunting experience in to a breeze. I would recommend you to everyone.