Lip lift surgery is a quick procedure that can be performed in London under local anaesthetic, yet one which can have a major impact on a patient’s appearance.

Just a few years ago, a lip lift was a procedure few would ever look for when considering cosmetic surgery, but it has grown rapidly in popularity in recent years.

Many have grown tired of the repeated injections of lip fillers, while enhancements in the surgical lip lift procedure have made it a far more compelling choice.

In this page we will outline key details about this form of facial surgery and then talk briefly about Paul Banwell’s reputation as one of Harley Street’s leading cosmetic surgeons to perform this procedure.

What is a Lip Lift?

A lip lift is a procedure to reduce the distance between the bottom of the nose and the upper lip. 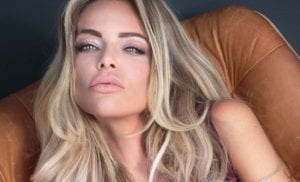 Often, this gap will grow as we age, this, as with so much of ageing, caused by collagen depletion that leads to skin sagging.

However, it can also be that the gap to the base of the nose is larger than is typical from a younger age.

In either case, it is likely that surgery can be beneficial.

The Benefits of Lip Lift Surgery

The obvious benefit is in the aesthetic appearance – what may have been a gap that was overly visible, somewhat dominating the bottom of the face is reduced.

There are actually ‘ideal’ measurements for the philtrum (the distance between nose and top lip) – these are between 11 and 13mm for women and 13 to 15mm for men.

Of course, this is not to say that anyone outside these ranges should automatically be considering surgery – this is merely the figures used in anatomy books as ‘perfect’ using Phi or the Golden Ratio (Fibonacci Sequence).

The benefits can also be psychological. As with so many aspects of our appearance, concern about a feature can play greatly on self-esteem and this can then impact into multiple areas of life.

Relationships can be impacted, so too work. Much therefore depends on how any one person feels about the gap between their nose and upper lip. Many will never give it any thought, but for those for whom it is a concern then surgery can clearly be beneficial.

Advances in surgical methods mean it is now increasingly common to target just one or two specific areas.

The lip lift used to occur as part of a fuller facelift – now a patient can have it on its own.

The lip lift – also known as a batman lift or eagle lift – does more than just reducing the visible gap.

Surgery improves the Cupid’s Bow and the lips take on a more voluminous appearance. The patient looks  that bit younger and, with this, so does the face too. Lip volume is enhanced without being overdone.

The results and lip shape look natural, an enhancement without that look of ‘work having been done’.

It is important to mention scarring. It is worth noting that a small scar will be visible post surgery. This scar will be discreet – you surgeon would provide further details and examples of previous clients.

The indications for lip filler and surgical lip lift are slightly different but both aim to enhance lip aesthetics. The key is choosing the right procedure in the right patient. Given many clinics offer lip fillers including ourselves (The Banwell Clinic), you may understandably wonder what the benefit of a more invasive surgery by a plastic surgeon could be against a non-surgical choice for lip augmentation.

The truth is that fillers deliver amazing results in the right hands that patients are extremely happy with but they cannot lessen the distance in the philtral column.

This is a form of lip surgery where it is possible to change the appearance to reduce any asymmetry.  The cupid’s bow can be tweaked with complete control and so the prospective patient can outline the results they are seeking and the surgeon can turn these into reality.

Lip filler injections can certainly enhance the upper lip and appear to reduce the gap to the base of the nose, but there is inevitably a degree less control around how this will impact the overall appearance.

The surgery to reduce distance between the nose and upper lip is a quick procedure, typically taking under an hour. It is performed under local anaesthetic.

Stitches can come out after around a week and any pain is typically mild, requiring over the counter painkillers at most. Many do not require any pain medication.

Further details relating to the healing process would always be provided at a detailed consultation.

The clinic is easy to reach – it is around a five minute walk from Regents Park underground station and 10 minutes from Oxford Circus.

Harley Street is named after Thomas Harley, lord Mayor of London in 1767, however it became established as a home of medical excellence from the 19th century.

Lionel Logue, the speech therapist who helped King George VI – and there basis of the film The King’s Speech – had a practice at 146 Harley Street, as did many other great names in medical disciplines.

My expectations were fully met when I went to see Mr Banwell for the first time and he went through very carefully what he would be doing and giving me a realistic prognosis which was what I wanted. He came over as a very thorough and caring person. The skin graft was a complete success and although quite a large area, it is exceptionally neat and gives me no concern. On two further occasions I noticed lumps in other areas, and on getting in touch, appointments were made and Paul removed them immediately, once again very neatly. The after care is also extremely important to me and I have never been disappointed. Luckily I don’t know anybody going through the same thing as me but I would have no reservations in telling them to go and see Paul, as his thoughtfulness and care and attention throughout is excellent, he treats you as an individual. I would also say that I consider him now to be a friend as well as a surgeon. Whenever I am on the phone making future appointments his staff are always friendly, helpful, cheerful and willing to chat, but if you need any reassurance at any time they’re there for you.

I am so happy with the results of my surgery.

I was made to feel at ease with everything. Nothing was too much, lots of care and thought. Pain was very minimal. Lots of follow up care which was first class. I got exactly what I wanted, I have a lovely new look which I could not achieve on my own. If something is bothering you and you can not get to your goal there is help. I had an excellent experience.

Mr Paul Banwell performed a wider excision for me in April 2008 following a diagnosis of melanoma. The care and support provided by him has been second to none and I would have no hesitation in recommending him. Paul’s approach to surgery and post-surgery is one of honesty and excellence in his field of expertise. I feel safe in his care.