Mole Removal is available in London through Paul Banwell, a consultant plastic surgeon who is the founder and head of a Melanoma and Skin Cancer Unit (MASCU).

Mr Banwell performs hundreds of mole removals every year, each with minimal scarring and using the technique most suited to a specific mole. 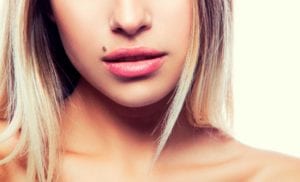 He holds regular clinics for mole removal at his London, Harley Street clinic, this the perfect opportunity to have any moles of concern checked and, if required, removed.

Whether for cosmetic reasons or because of risk of skin cancer, the following can all be addressed.

Why Opt For Mole Removal?

Also known by the medical terms ‘naevus’ and ‘naevi’ moles are often removed for cosmetic reasons.

Whether on the face or body, they can be unsightly and also lead to lower self-confidence and self-esteem.

The moles can also be uncomfortable, they can snag on clothing, get cut while shaving or combing or simply rub.

In other instances, the removal might be for medical reasons, Mr Banwell can assess any mole and perform an excision biopsy before sending the sample off to a laboratory for analysis.

Identifying Different Types of Moles – and Causes For Concern

Moles can vary in colour, size and also whether they are flat or raised up. Over time, they can also change appearance.

It can be very difficult for any individual to know which moles are a cause for concern – which are purely cosmetic blemishes and which might need removal for medical purposes.

Moles are usually circular and brown in colour, though they can be flesh coloured, pink, black or blue. If they occur over a hair follicle then the mole may have a hair growing through it, this typically darker than other hairs.

The type of mole is not necessarily a cause for concern, whether it is flat (junctional), rounded and raised (intradermal) or has a warty appearance (compound). Of greater concern is when they start to change – this can be growing bigger, changing colour or becoming itchy and starting to scab or bleed.

If you have moles that are changing or have changed in appearance then these should be checked out, whether by a GP or at a clinic such as Mr Banwell’s.

The risk is that a changing mole can be a sign of developing melanoma, which can become serious if left untreated. Early action and removal of the entire mole is recommended in such circumstances.

Moles can often be removed without the need to cut the skin or insert stitches, this known as shave excision. This is a simple procedure that can be done under localised anaesthetic and from which there is only a very quick recovery period.

Moles on the face and neck respond best to treatment, elsewhere on the body it is common for there to be a small patch of lighter coloured skin where the mole once was. Of course, this is still preferable to an unsightly mole.

In some instances Mr Banwell would remove the entire mole, this a mole excision biopsy, with a sample then sent away. Of course, samples are sent away for analysis in the lab for all bar purely cosmetic procedures and where there is no cause for concern.

Mole Removal After Care and Recovery

The procedure itself is quick, it can take as little as 15 minutes, and rarely goes beyond an hour.

After the procedure, you can quickly go about your usual daily business although strenuous exercise should be avoided for one to two weeks. The mole will have a dressing on, this can get wet in a shower or washing, though not soaked, for instance swimming or long soaks in the bath.

Stitches, where applied, will be removed after one to two weeks, where the lump was shaved off the dressing will simply fall off in due time.

Cost of Mole Removal in London

Mole removal costs, at the time of asking, from £320 – this for a leading surgeon who can produce results of the highest quality, with scarring either nonexistent or minimised as much as possible.

Mr Banwell is a leading skin expert and this shows in the results achieved.

Consultations are available in London’s Harley Street where he also holds regular clinics to check and remove moles.

The clinic is easy to reach – it is around a five-minute walk from Regents Park underground station and 10 minutes from Oxford Circus.

Harley Street is named after Thomas Harley, Lord Mayor of London in 1767, however it became established as a home of medical excellence from the 19th century.

Lionel Logue, the speech therapist who helped King George VI – and the basis of the film The King’s Speech – had a practice at 146 Harley Street, as did many other great names in medical disciplines.

I wanted to thank you for the work you have done on me. The results are really coming in to place and looking great!! I have recovered really well and it’s all down to your brilliant work.

I am writing to let you know that I was very pleased with the recent surgery to remove several moles on my face, neck and back. The whole process was carried out very efficiently.  The mole on my face has almost completely disappeared already.  The post-operative information was most helpful, although the leaflet I was given varied slightly from your verbal instructions. However, you accurately told me what to expect.  I have no hesitation in recommending your work to other people.  The on site staff were all friendly and helpful throughout.

I consider myself blessed when I came across you Mr Banwell. You performed my operation almost a year ago which I am pleased to say was a GREAT success. I am more than pleased with the results, my whole shape is so much more defined and I love it. From the first time I met you at my initial consultation, you put me at ease immediately and never pressured me at any point to undertake the operation, you also never tired of my questions and you offered me only professional sound guidance and advice. You as a surgeon I have found to be completely transparent, knowledgeable, educated beyond most surgeons (that I came across) and totally professional, your skills and attention to detail are second to none.

I would have no hesitation recommending Mr Banwell.